Musician, DJ and producer Calvin Harris is giving the world a first look at the new video for he and Rihanna’s single “This Is What You Came For.” 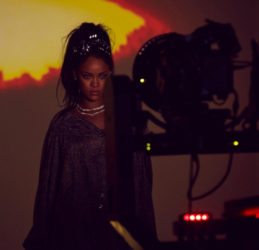 The duo teamed up yet again for the high-energy dance track that was first released back in April and now an accompanying visual is on the way. Calvin shared several photos of Rihanna on the set of the video shoot via his Instagram page early Thursday morning, where he also announced that the full video will be released this Friday.

Rihanna and Calvin have a history of making hits together, as many fans will remember their infamous 2007 smash “We Found Love” from Rihanna’s Talk That Talk album.