Deprecated: Methods with the same name as their class will not be constructors in a future version of PHP; DisqusAPI has a deprecated constructor in /var/www/wp-content/plugins/disqus-comment-system/lib/api/disqus/disqus.php on line 59
 MEET THE CAST AND CREW OF “THE WIZ LIVE!” | Jones Magazine

The anticipated three-hour production of The Wiz Live! airs this week [Thursday, December 3] 8/7c on NBC.

New Jersey resident Williams makes her professional acting debut as Dorothy, discovered by director Kenny Leon during an open call audition. The Wiz‘s storyline follows the original Wizard of Oz: Dorothy is a restless girl from Kansas, swept away to a magical world by a mysterious tornado. She learns the Wizard of Oz may be able to help her return home, but she must battle the Wicked Witch of the West first. She’s joined by the Scarecrow, Tin Man and Cowardly Lion help her on her journey down the yellow brick road.

Fatima Robinson, known for her work on Dreamgirls, choreographed all the musical numbers. Kenny Leon said the The Wiz Live! more closely mirrors the Broadway version of the show, but fans will see nods to the iconic movie. The Broadway version swept the 1975 Tony Awards, winning Best Musical, Best Original Score, Best Featured Actor in a Musical, Best Featured Actress in a Musical, Best Costume Design, Best Choreography and Best Direction of a Musical.Stephanie Mills starred in the Broadway show as Dorothy and is excited to be part of the live TV version. For many of the current cast members, their first Broadway show was The Wiz.

The movie version of The Wiz was released in 1978. It was directed by Sidney Lumet and starredDiana Ross,Michael Jackson, Nipsey Russell, Ted Ross, Lena Horne and Richard Pryor.

Paul Tazewell, the genius behind Broadway’s hottest current musical Hamilton, has designed gorgeous and unique costumes for The Wiz Live! Stephen Oremus and Harvey Mason, Jr. are music director and producer, respectively. Their goal was to contemporize the famous soundtrack. A six-time Grammy winner known for his work with Chris Brown, Jennifer Hudson and Beyoncé, Harvey recently worked on both Pitch Perfect films and the Straight Outta Compton score. Oremus is an accomplished theater orchestrator who won a Tony for his work on The Book of Mormon. Special acrobatic effects from Cirque Du Soleil are also incorporated into the show.

Many of the cast members and creatives gathered for a press conference at Grumman Studios in Bethpage, New York to discuss the upcoming special. Read highlights below: 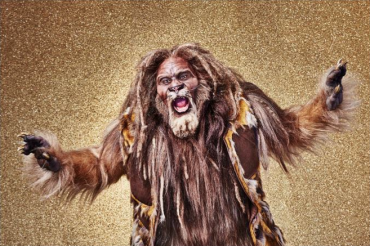 “I grew up on The Wizard of Oz. I fell in love with The Wiz. I feel a nod to Bert Lahr and Ted Ross in my interpretation of The Lion, and also we’re drawing on the film and the Broadway version ofThe Wiz and going back and trying to incorporate some elements of the original story. That’s kind of what I think about and am informed by when I go into it, but it’s going to come out in my own voice. I saw it on Broadway. It was the first show I saw.” 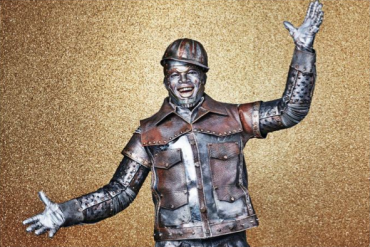 “It’s completely new for me [starring in a live musical event]; never done anything in theater before. I was really not so much worried, but I just didn’t know what to expect coming into this whole thing. But first and foremost Elijah Kelley and I have been friends since Red Tails. We’ve been brothers ever since. So when I found out he was doing this, that helped me because at least somebody I knew was going to be there. But going in, from the first table reading to today—and this is going to sound cliché and corny—it’s been family. It’s just cool that everybody’s on the same page. Everybody wants to be amazing and is working ten times harder than they have to, to make sure that it’s amazing. It’s just really dope to be a part of something like that.” 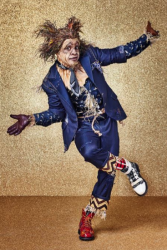 Elijah Kelley will play the Scarecrow.

“Number one, I cannot dodge the massive elephant in the room which is Michael Jackson, the greatest of all time. Being able to be mentioned in the same breath as him, in the name of this character. I don’t know if everybody knows this, but Ne-Yo worked and did songs for him. Understand there’s so many small degrees of separation from the man and his work. It could be a daunting process, but I think God has equipped us with everything we need to pay homage and give honor to with this thing. It’s 40 years that we’ve been celebrating it and you don’t go into this like, ‘Oh I’m gonna smash this role.’ You look at it and think, ‘How can we honor this? How can we pay homage? How can we add to this legacy?’ That’s what we go in doing every day.” 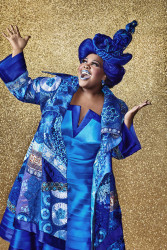 Amber Riley plays Addaperle, the Good Witch of the North.

“Before even hearing what names were going to be a part of it, I wanted to be a part of it. I didn’t really care who was going to be in it. I was like, this is iconic. The fact my mom has seen it and that was her first Broadway show and then I saw it in the movie and now my niece who’s four is going to be able to watch it. Anything that can withstand generations has to be amazing. It has to be! There’s something special about it and I really wanted to be a part of that. ‘Ease On Down The Road’ and ‘What Can I Do,’ I really love. Also when YouTube became part of life, I got to hear the music from the musical that wasn’t in the movie. All of that was absolutely incredible.”

“It’s not different for me [starring in the TV version versus Broadway] because my work ethic is the same. I’m very disciplined, so I sing every day. I just roll right with it. At first I was a little nervous about the cameras because this is something I’ve never done, but we were rehearsing it like a Broadway show, so that made it easier and relaxed. By the time December 3 comes we will be ready because we were rehearsing like it is going to Broadway—which it is in 2016.” 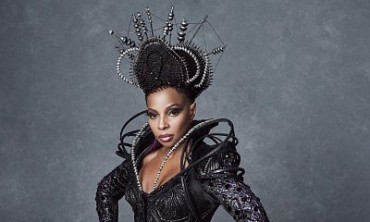 “The back story always helps because you need to feel who she is through the song as well, so she’s just a very selfish, self-centered, hateful, horrible, ‘I want what I want right now’ b*tch type. You’re gonna listen! So when you sing it, she’s having her moment of release. Like, ‘this is how I feel, don’t bring me no bad news,’ and there you have it.” 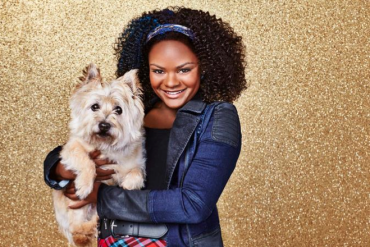 “We have this joke that [the cast] says, ‘Oh you changed, Shanice.’ But it’s really funny because the first day I was super star struck, but they’re my brothers now and I have to tell myself don’t fan girl because they’re not gonna want to work with you if you fan girl! They make me so comfortable and we’re all like family.” 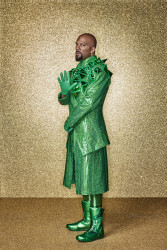 Uzo Aduba plays Glinda, the Good Witch of the South. Common plays a Bouncer, gatekeeper of the entrance to Emerald City and Queen Latifah plays The Wiz.

Learn more about Shanice Williams in the Winter Issue of Jones Magazine. It is on newsstands nationwide and digitally http://app.jonesmagazine.com/