The importance of Bessie Smith is difficult to overstate. At a warehouse in New York’s West Village, HBO paid tribute to the Empress of the Blues with a surprise performance by psychedelic soul singer Janelle Monae and R&B/soul artist Stacy Barthe.

The energy in the space was high from the moment you entered. Music was pumping through the massive speakers (live remixes courtesy of D-Nice). The crowd was thick, and movement from one side to the other was more or less out of the question.

Folks were standing around chatting, excitedly anticipating the upcoming performance. Some were already having a great time, dancing the night away with a partner or by themselves. Spirits were high, and the free bar kept a pleasant buzz going.

Finally the show started. Grammy-nominated Brooklyn native Stacy Barthe opened, performing a couple of her own songs. Accompanied by a lone guitar, her voice gripped the audience, entrancing them with selections of her work that were simultaneously mesmerizing and haunting. It made for a good contrast to the headlining act.

Monae’s performance was lively and energetic. Backed by dancers, guitars, drums, and horns, she performed an eclectic mix of songs, ranging from her own material, both old and new, to hits by Tina Turner and the Jackson 5. Where Barthe’s act was a meditation, Monae’s was a party. There was hardly a moment when the music wasn’t playing. She cranked out crowd-pleaser after crowd-pleaser, from her own “Electric Lady” to Tina Turner’s “Private Dancer.”

Both Stacy Barthe and Janelle Monae properly honored the great Bessie Smith. There wasn’t a whole lot of straight blues music played, but to merely perform a catalogue of standards would be doing Smith, and the blues, a disservice. The concert wasn’t about an appreciation of blues music per se — it was about recognizing influence. The blues is felt in nearly every song written, and without its incredible evangelists who incubated it and fostered its growth and spread, music as we know it wouldn’t be the same.

HBO’s film about the life and career of Bessie Smith,Bessie, airs May 16th. 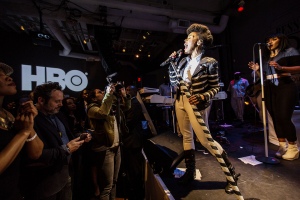 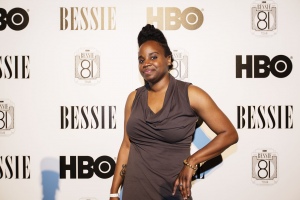 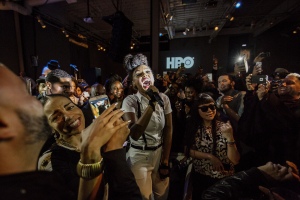 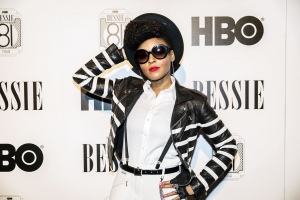 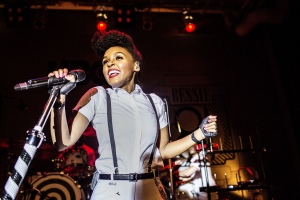 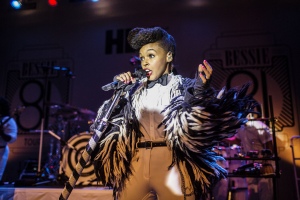 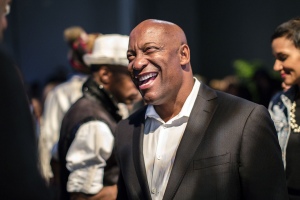 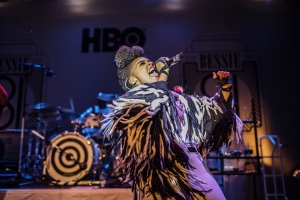 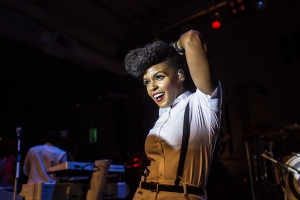