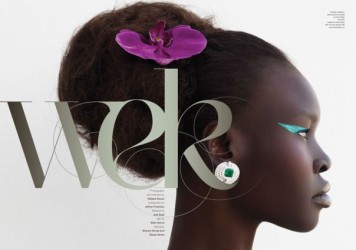 From her humble beginnings in South Sudan to her unexpected foray into the modeling industry, supermodel Alek Wek’s historic journey through the fashion world has been nothing short of inspiring. Barely legal enough to see a PG-13 movie, Alek made her way to London at the age of 14 where she later enrolled at the London College of Fashion to pursue a degree in fashion business and technology. 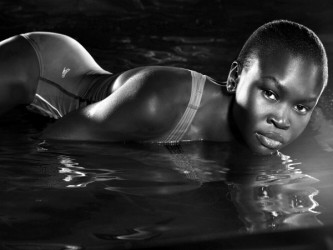 Alek made her first mark on the industry with an appearance in Tina Turner’s 1995 “GoldenEye” music video before beginning her career in fashion modeling with Ford Models in 1996. After being named “Model of the Year” by MTV in 1997 and landing modeling campaigns with several high end designer brands, Alek sent a shockwave through the fashion industry when she made history as he first African model to appear on the cover of Elle magazine that same year. 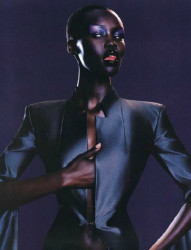 Now 38 years old and one of the most sought after supermodels in the world, Alek continues to set the bar high and serve as a shining representation for women of color in the fashion industry.

Read about other influential Black women who made history in the fashion and beauty industries inside the new issue of JONES Magazine, hitting newsstands nationwide this February!