The Queen is back! Tyra Banks is hosting again on the next season of America’s Next Top Model. 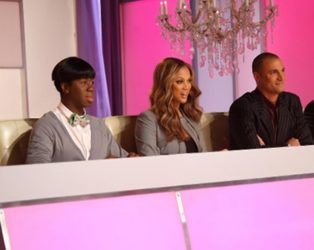 The 24th cycle is slated for production this summer. Banks, who was also our Makeup Monday Spotlight this week, shares her statement in a press release from VH1. “I’m overwhelmed and humbled by the intensity of the ANTM fan base whose deep affection for the show led me to have a change of heart,” Banks says. “After giving it a lot of thought, I realized that remaining behind the camera wasn’t enough because ANTM is woven into my DNA.” We won’t see Rita Ora, but she did give it her all.

Banks also took to social media to share she is returning.

I missed my ANTM baby so Mama’s back! #ANTM #ANTM24